The Community Service Committees of a Ruritan Club are:

At the beginning of each calendar year, the newly elected club president appoints each member to serve on one or more of these committees. Each committee plans its focus and activities for the year and works together with each other and with all club members to achieve its goals. Some of those activities completed  are highlighted below. 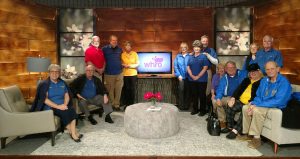 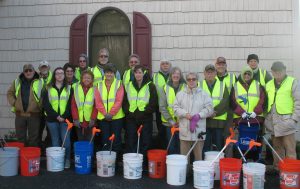 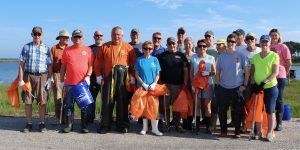 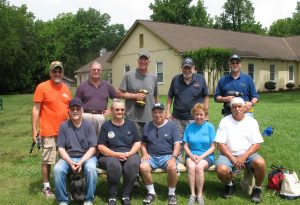 Social Development Committee
Members under the leadership of Mike Ekdahl, Social Development Chair, participated in the Peasley Middle School’s “Reality Store” where six classes of students went through the reality simulation, learning about choices they would have to make when budgeting their assigned “salaries.”  Pictured below, posing as proprietors of various businesses, are (top) Roger Dick and Mike Ekdahl; (bottom left) Mike Davis:  (bottom right) Tony Dziadul. Not pictured are Rose Taylor, Bunny Ekdahl, and Kay Vandyke. 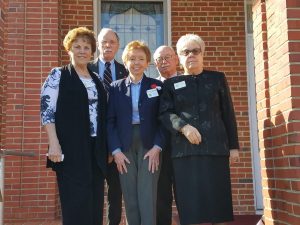 American Legion Post 75 conducted a very touching memorial service on February 2 at Bellamy United Methodist Church to honor the 4 Army Chaplains who gave their lives to save other soldiers on the USAT Dorchester which was torpedoed and sunk on February 3, 1943. These brave chaplains gave up their life vests to other soldiers. Just before the Dorchester sank, survivors remember seeing the chaplains standing on the deck with locked arms singing. Shown are Abingdon Ruritan Club members who attended: Front Row: Janet Kyle, Mary Lou Shepherd, and Selena Collins; Back Row: Dave Kyle (Citizenship and Patriotism Committee Chairman), and Frank Collins. Not shown is Marshall Butler who also attended.

Memorial Day Ceremony : On Sunday May 26th the Abingdon Ruritan Club was one of a number of organizations that participated in the American Legion Post 75’s Memorial Day wreath laying ceremony at the Gloucester Courthouse. David Kyle Chairman of the Citizenship and Patriotism Committee, laid the Club’s wreath. 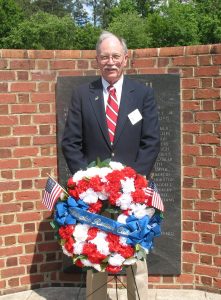 This committee also is continuing a drive begun in previous years to collect patient care items for the VA Hospital.  It continues a Flag Watch program to ensure that the flags in front of our building are handled with respect and that they are raised and lowered to half staff as directed by the President. It also maintains a drop-off receptacle for American Flags that need to be honorably disposed.  This committee sponsors a Random Acts of Kindness drive among club members, and it invites everyone everywhere to participate! 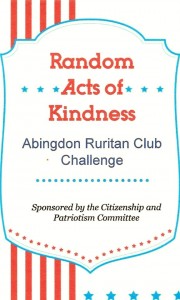 For information about becoming a member, please visit our contact page to get in touch with us.